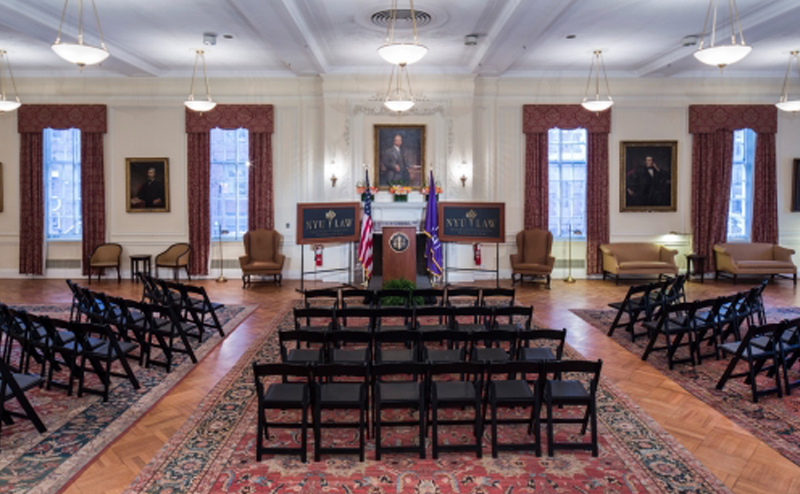 Vanderbilt Hall, named for Arthur T. Vanderbilt who served as Dean from 1943-1948, is considered the center of the New York University's Law School campus.The building is located on the south side of Washington Square Park and occupies the entire block between West Third Street and Washington Square South between MacDougal and Thompson Streets. The first floor holds Tishman Auditorium, Greenberg Hall, Kushner Student Lounge, and the main entrance to the Library. The second floor contains classrooms and Golding Lounge and Café, while the third and fourth floors contain faculty offices and the Office of the Dean.